Stay in your lane. 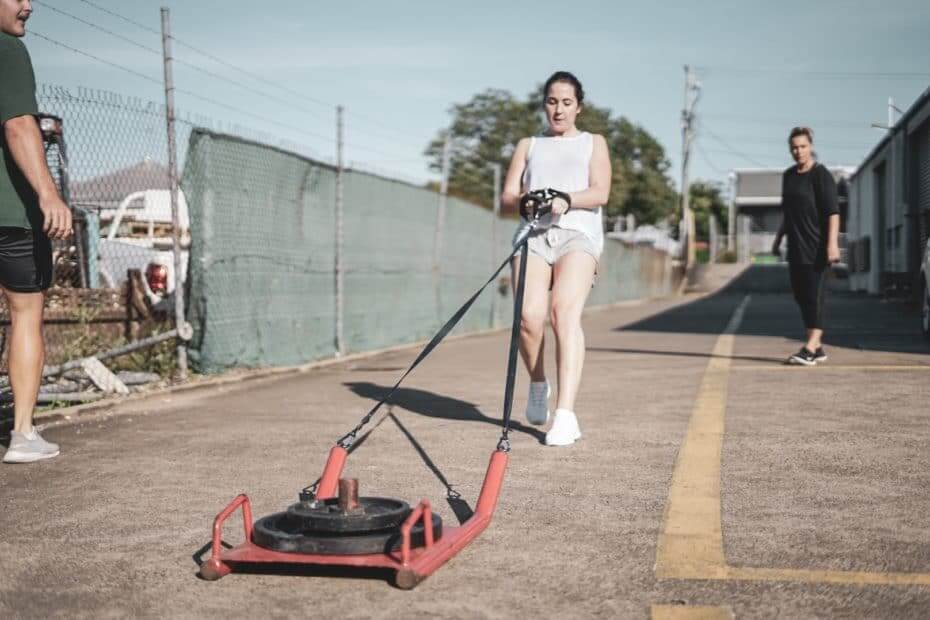 What you are getting yourself into:

Take away point: Your health is incredibly important. Pick and choose who you listen to wisely.

First some context, when we train or exercise our objective is to purposely stress the body to the point that we gain a positive adaptation not an injury. However, injuries are unfortunately part of living. One of my long-term clients who is approaching 50, rang me a few days after a gym session from the ER. Her shoulder had succumbed to calcific tendonitis. An issue we weren’t aware of during her training.

“This is worse than labour.”

While in the ER speaking to a nurse, the nurse said;

“Do you know how many injuries we get from people lying on the couch drinking hot chocolate & watching movies? None. We get  No one over 40 should be doing any overhead work, period.”

Well, that’s probably because they aren’t in ER, they are in coffins or the diabetes clinic. I mean what a stupid statement, I put that on the same level as saying; we never see celibate monks with Chlamydia. Perhaps she poorly worded her point and I’m being overly harsh on her but regardless, the lesson from this is the same.

There is risk & reward for everything. You as an individual need to weigh up what you want & what you are willing to risk to get there.

I regularly ask my gym goers if they are willing to have some niggles in exchange for a healthy back & the ability to play with your grandkids when you’re 70?

If I’m your trainer, I make it a priority to be included in this conversation. It means we are all on the same page of what you want & what you’re willing to do to get there.

I have numerous issues with this nurse & her “advice”.

If you knew nothing of me as a person or trainer or perhaps even if you do. The bottom line is, a nurse probably carries more weight with her “health based” statements than me. That’s just how society works. She has one degree of separation from someone with a white lab coat. My point however is; stay in your lane when it comes to your knowledge base. You don’t see me trying to cannulate people. Don’t use fear mongering as a tactic to further your own opinions.

People who sit at home get injured all the time, usually doing very mundane things. “Oh I hurt my back unpacking the dishwasher”. Or if they aren’t injured they have learned to operate at 80% & avoid anything that poses any risk. “Oh I don’t jog because it hurts my ankles”.

The fact someone can throw an arbitrary age out there as a cut off for any given exercises astounds me. “No one over 45 should drive a manual as it increases the risk of left shoulder rotator cuff tears”. The bottom line is this, every case in individual. Sure there are some people who shouldn’t press over head, until they get their mobility sorted to allow a safe press. Once they get the mobility they need to start light & use the tried & tested overload principal to progress. On the flip side there are plenty of 50+ year olds who do a number of movements that could be argued to be counter productive but they are issue free.

Realistically though, movements like overhead presses (high shelves, lifting kids up) & deadlifts (picking kids up, lifting boxes) to name 2 have direct correlation with life until the very last years of your life perhaps. Do you need to be world record strong? No, but if you can delay the amount of years before you concede defeat & rely on others instead of being self sufficient the better for you physically & mentally.

“Patients are less likely to take advice about diet and exercise from overweight healthcare professionals.”

This is the conclusion of research commissioned by the Royal Society for Public Health (RSPH).

A survey of 2,100 adults across the UK, found 41 per cent were less likely to listen to advice from an overweight or obese healthcare professional, compared with 17 per cent who would. RSPH chief executive Shirley Cramer said: ‘It appears that healthcare professionals need to be role models to help convince the public of the importance of losing weight.’

It appears some of the general public is aware; “do as I say, not as a I do” isn’t good enough for losing weight so let’s extend that to movement advice & listen to those who do it for a profession.